They’re among us, and indeed more powerful than ever. Who could ever resist their lure, when Android TV boxes come with so many apps, so many different possibilities? But, we’re here for the different reasons; we’re here to discover the king among them, the best and most powerful Android TV Box.

When they first came out, Android TV Boxes revolutionised the way content is streamed, placing a huge number of apps at your disposal via free access to Google Play store. Whereas other similar services are somewhat limited in terms of what you can do with your TV set, Android TV offers you full Android system experience. Yes, even web browsing; and yes, playing games too.

But so much power comes at a cost, especially if you plan to feast your eyes on full HD or 4K resolution streams. That cost is mirrored in the powerful hardware you need to have in order to enjoy those kinds of resolutions.

What To Look For In Your Box

Not everything with Android TV is shiny though, especially if you plan on streaming content from Netflix or Amazon Instant. Even if you satisfy the prerequisite of strong hardware, if your device is not on their short list, you’ll not be able to stream 4K from Netflix. Similarly, Amazon will only stream highest quality video on their own devices, so consider that prior to buying.

With so many Android TV Boxes out there, it’s important to know what exactly you’re looking for. There are some features that are the absolute must for your future media player, USB 3.0 or for instance; or full HD 3D capability. For the greater overall experience, a minimum of High-Res audio 5.1 sound system is required. As for the Android version, go for the new. Android Lollipop 5.1 or newer, with OTA updates available, should do the trick. Oh, and one more thing: make sure that your new Android TV is able to smoothly run the latest firmware of Kodi.

So far so good, but which one to get? The market is flooded with all kinds of budget boxes, but if the quality of service is your aim, the following three devices are there to meet it. 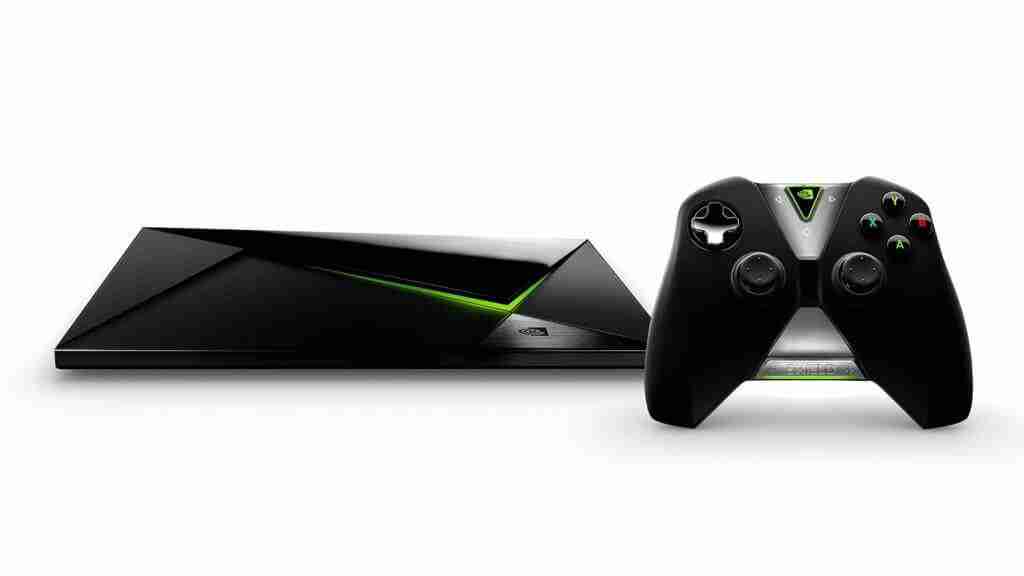 Without question, this is the undisputed heavyweight champion among the Android TV Boxes. You can get the best Android TV experience possible. The gamers’ ears buzz with expectation when they hear the word NVIDIA since the company is the most successful manufacturer of graphics cards.

So with NVIDIA behind the wheel, you can rest assured that the gaming experience will be on par with the streaming one. Powered by Tegra X1 processor, NVIDIA Shield TV boasts with the authoritative 3GB of RAM, the highest amount of RAM found on any Android TV. It does not lack in internal storage as well and has 16GB which can be extended up to 128GB with SD card. Whereas most of these still use KitKat or Lollipop, NVIDIA Shield runs on Android Marshmallow 6.0 and has 5.1 as well as 7.1 audio pass through. The simplicity of user interface, and the Netflix 4K support, are also very welcomed.

One of the few things that hold NVIDIA Shield back from being perfect is the lack of full HD 3D support. That and somewhat heftier sum you have to pay for it. 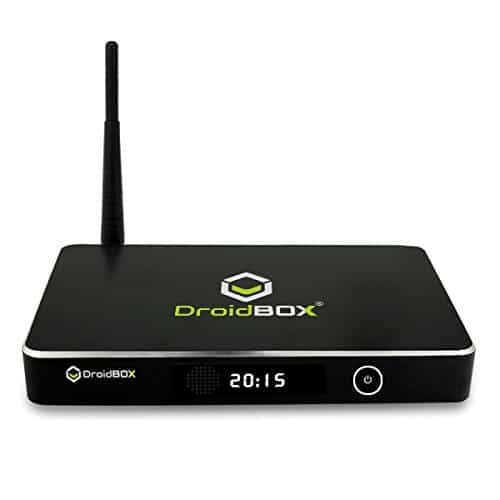 It’s not what you think; T8 isn’t on the list solely because it’s British. Rather, it’s here due to the quality. Nothing more. Seriously. DroidBOX T8 is the first of out two runners-up, and getting this baby will ease your pocket because of its affordable price.

What stands out and separates T8 from the fierce competition is its powerful hardware. The USB and Bluetooth connectivity only add to the overall great package, with the Android Lollipop 5.1 running the show. Kodi enthusiasts will welcome the addition of their favourite app since Kodi comes preinstalled. It also needs to be mentioned that being made in the UK, the customer service for T8 is second to none. I guess the T8 actually is here due to its Britishness. At least in part. Small part.

The main drawbacks with DroidBOX T8 are to be found in the less amount of RAM when compared to some other devices (it’s 2GB), and that it’s stingy when it comes to the HDMI version. It is 1.4, meaning that your 4K will run with somewhat reduced frame rate. Also, USB connection is great, but why on earth are there only two USB ports? 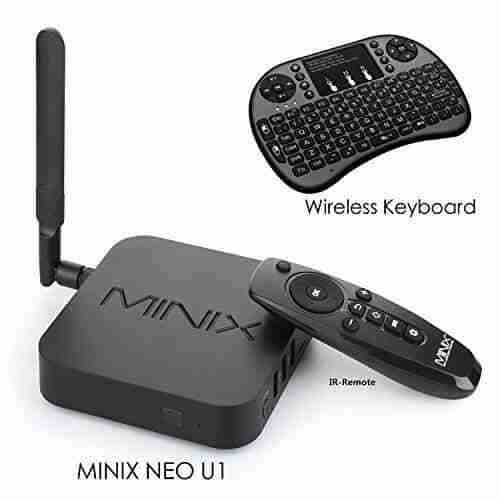 We promised you another runner-up, so here it is. You can get this 4K monster in the price that you can afford. Largely an attempt to harvest the potential of Amlogic S905, let’s see how this device fares by our judgment.

Hands down, the biggest weapon of NEO U1 is the 5-core, Amlogic S905 processor. We’re also grateful for the HDMI 2.0, full access to Google store, along with 2GB of RAM, 5.1 Audio output, and 16 gigs of flash storage. No review of this box, however small in words, can avoid the user interface. It’s the most beautiful one out there, and it gives you the ability to – something we desperately screamed for – create folders.

4K on this device is fast but largely limited. NEO U1 isn’t on the Amazon or Netflix list of 4K supported devices. Precisely the reason why Kodi should come preloaded, but it sadly is not. 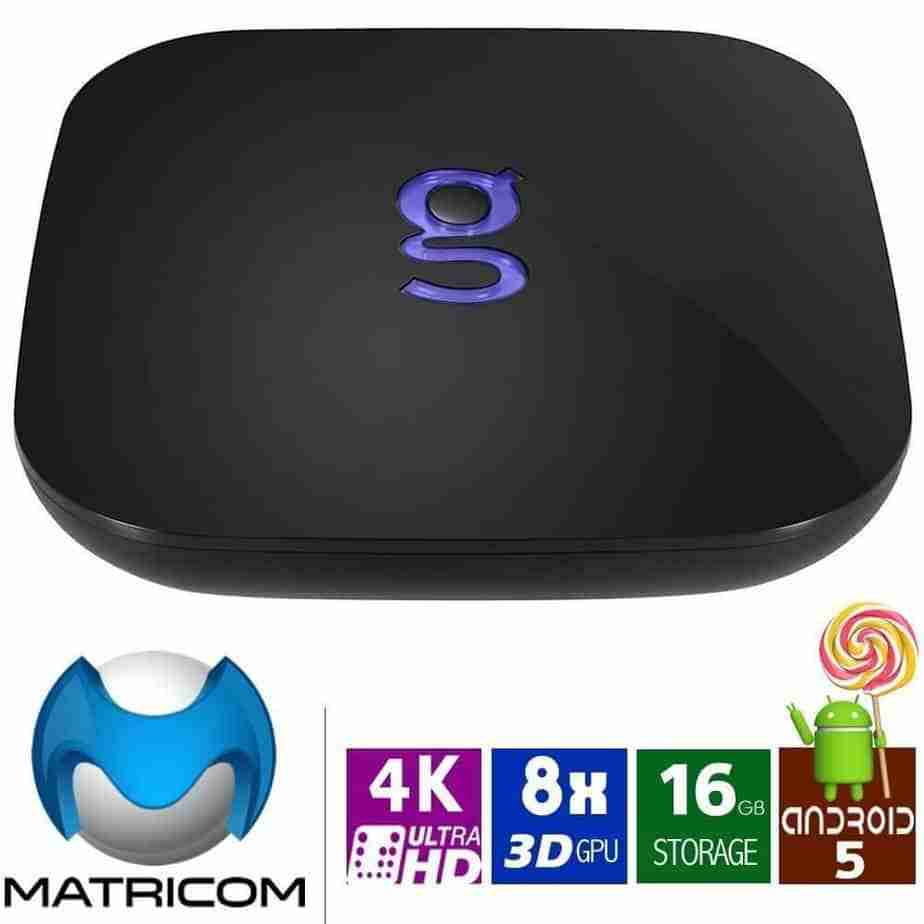 If G-Box lags behind NEO U1 in terms of Amlogic processor version, it surely makes up for it with its Octo Core GPU. This device’s sleek design is enhanced with an addition of Phantom Qwerty Keyboard(Sometimes included in the price). The Android version is Lollipop 5.1, and the device’s 16 GB internal storage is SD card expandable.

With G-Box, the things are balanced out by its questionable reliability; users regularly report having trouble with Wi-Fi connectivity. 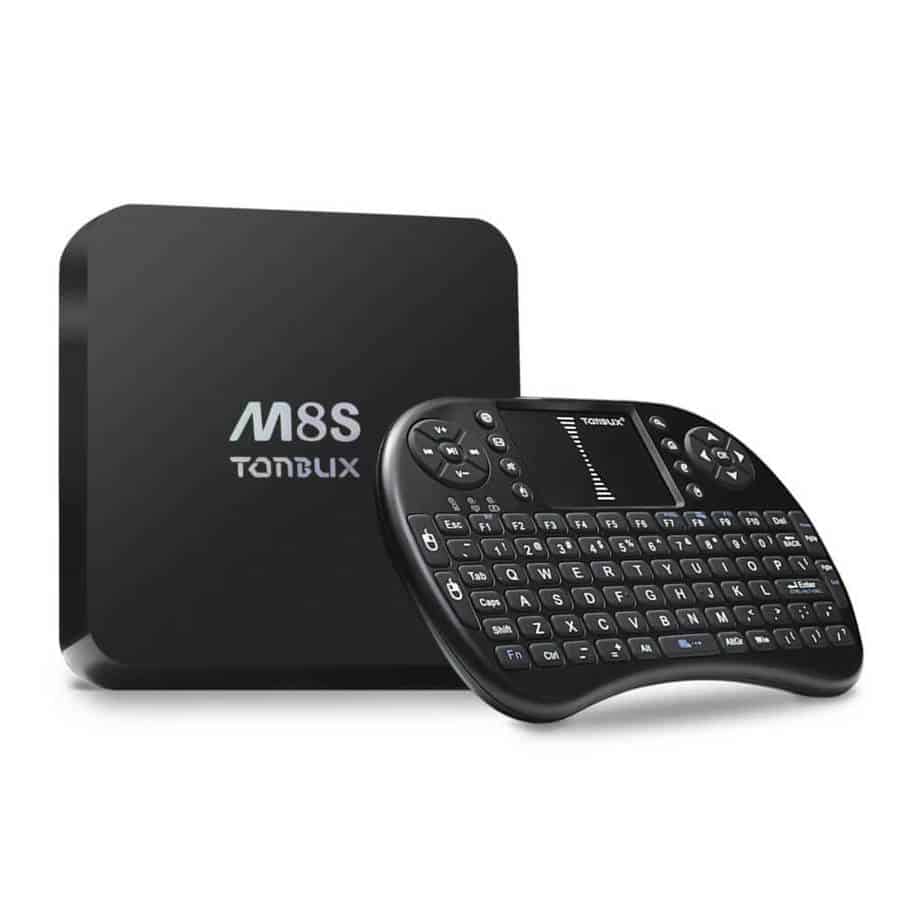 Here’s our winner in terms of value for money TV boxes. What you get for the humble price is expendable 8 gigs of internal storage, coupled with full access to Google Play store. The design of M8S features a few changes, most notably the Wireless Keypad.

For such a price, cuts had to be made. These cuts are in the form of Android KitKat, USB 2.0, and the expected HDMI 1.4. You’d also be unable to stream at 4K resolution from Netflix. Be very wary that the performance issues are possible with this one.

We hope to have, if not make you reach a definite decision, at least help you narrow the search down. No list of this kind is ever definitive; especially considering the needs and preferences of every individual user.

The options are many, the cheap-to-pricey scale wide, but if the performance, reliability, and overall quality are your main concerns when buying an Android TV box, then there is no better choice than NVIDIA Shield TV.

Looking for a basic device to test the world of streaming, with something more affordable? There are lots of TV sticks which might suit you. See our pick on the best TV stick.

Android, not your thing? Check out our detailed review of Apple TV