Have you ever wanted to experience the thrill of flight — without the expense and danger? A camera drone is the closest that you can get to becoming a pilot without taking to the air yourself. Fly your drone anywhere you like using the included radio controller or your smartphone — and use the drone’s built-in camera to document your journey. For many people, buying a camera drone even leads to a lucrative career as a freelance photographer!

Camera drones typically use artificial intelligence and sensor arrays to maintain awareness of their surroundings. Thanks to the extensive safety features of drones, you can buy one and fly it without any prior experience.

Ready to get started? These are the best camera drones under £100.

With its ability to pick up and carry small objects — and shoot plastic balls from a built-in cannon — the PARROT Mambo is a quad copter designed for pure indoor and outdoor fun. Control it with your smartphone, or purchase the PARROT FLYPAD separately to control the Mambo with a physical controller.

Have you ever wanted to play with a quadcopter that glides over the water as effortlessly as it flies through the air? The PARROT Evo is an excellent choice for you. Take off from and land on the water — and snap pictures in midair with the bottom-mounted camera. The PARROT Evo uses Bluetooth connectivity control from your iOS or Android smartphone.

One of the few drones in its price range with a true HD camera, the KAISER BAAS Alpha records 720p videos and takes 2.0 megapixel still photos from its fixed bottom-mounted camera. The BAAS Alpha includes its own radio controller with a maximum range of 60 meters. It also features six-axis gyroscopic stabilisation for better camera imagery and flight characteristics. 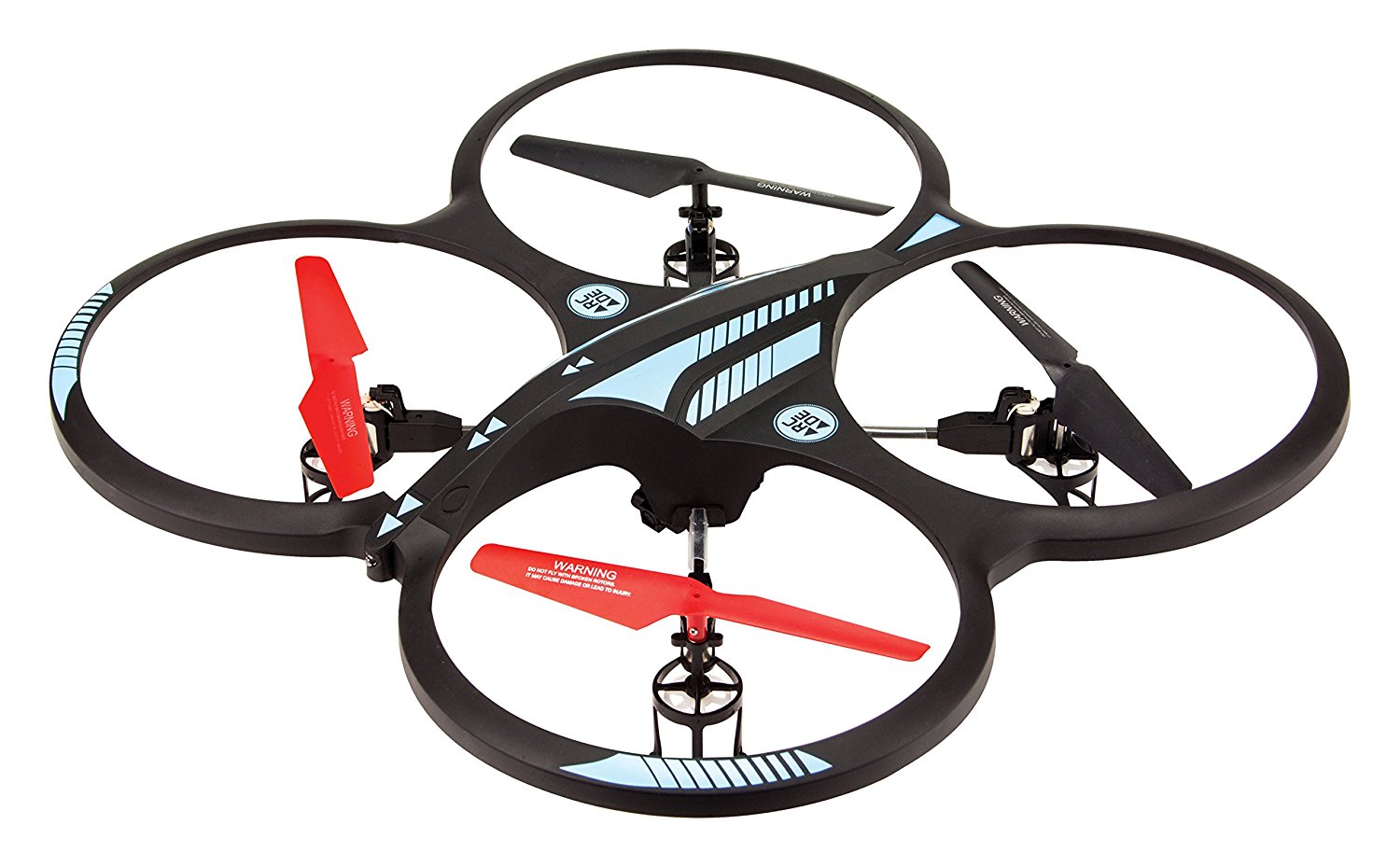 The ARCADE Orbit Cam XL is one of the few drones in its price range that includes a physical controller rather than relying on your smartphone’s Wi-Fi signal. The controller helps the drone maintain a signal from further away than most drones under £100. On the downside, the Orbit Cam XL’s battery life is slightly below average. You can expect a total flight time of about seven minutes per full battery charge. The Orbit Cam XL charges in one hour with the included USB cable. 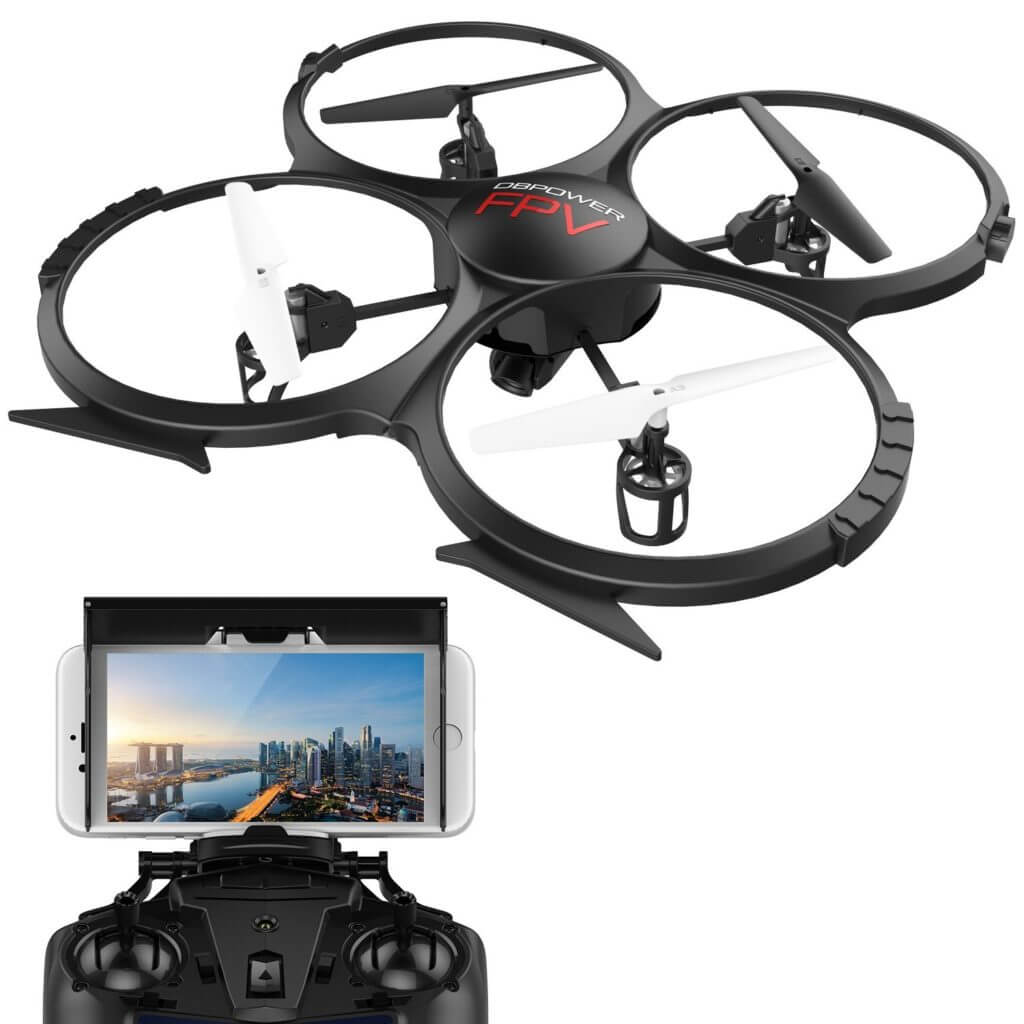 The GoolRC UDI U818A captures true high-definition video and 2.0-megapixel photos — and since it returns home with a push of a button on the controller, it is a perfect drone for new pilots. The UDI U818A includes a function that makes it dance automatically in the air. It also features six-axis gyroscopic stability.

If you want to begin dabbling in radio-controlled flight and aerial photography, there’s no need to spend a fortune. Camera drones under £100 may lack some of the advanced features of more expensive drones, but they have all of the important stability and control features that make the flight as easy as possible for rookies. Buy one of these drones to train yourself for a more expensive drone later — or simply bring it on your weekend adventures for added enjoyment.