The South Korean multinational electronics company, LG, revealed their TV lineup for the year 2018 ahead of CES (Consumer Electronics Show) 2018. Usually, brands and manufacturers start showcasing their product lineup during CES. Making the event as the world’s gathering place for those who thrive on the business of consumer technologies. 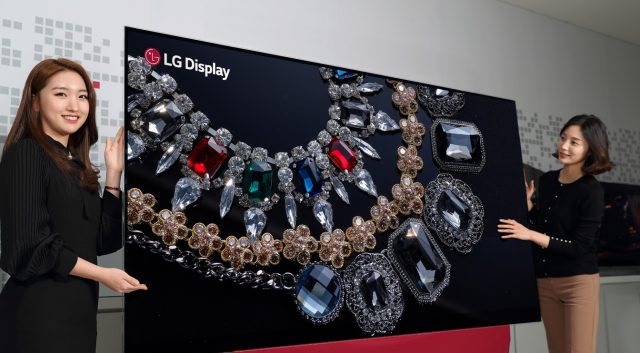 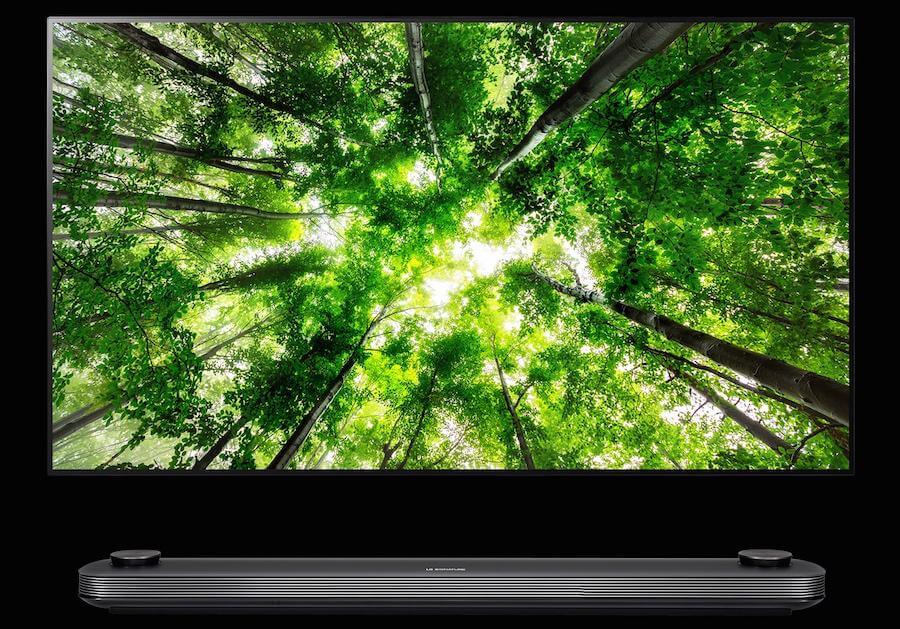 According to LG, the LG OLED W8 will be available in 77 and 65 inches featuring a “picture-on-wall” design that the LG OLED W7 had last year. Furthermore, this model will feature the new “Alpha 9” processor, a 4K Cinema HDR, a High Frame Rate (HFR), and a 60-watt 4.2 Dolby Atmos integrated built-in soundbar. As well as an integrated Google Assistant in LG webOS. 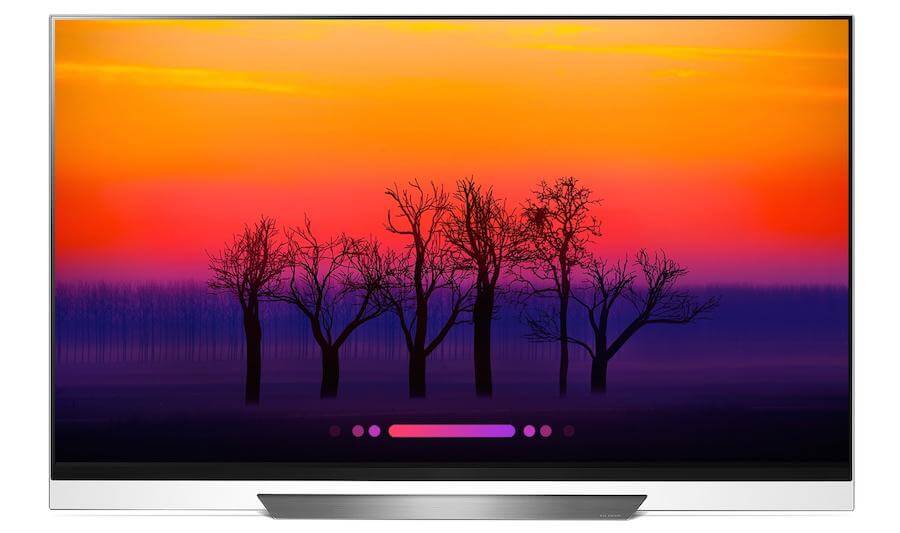 As the successor to the E7, the E8 will be almost identical to the W7 specification wise. The main difference though is that the E8 will have a traditional chassis design. This specific model will be available in 65 and 55 inches screen size. 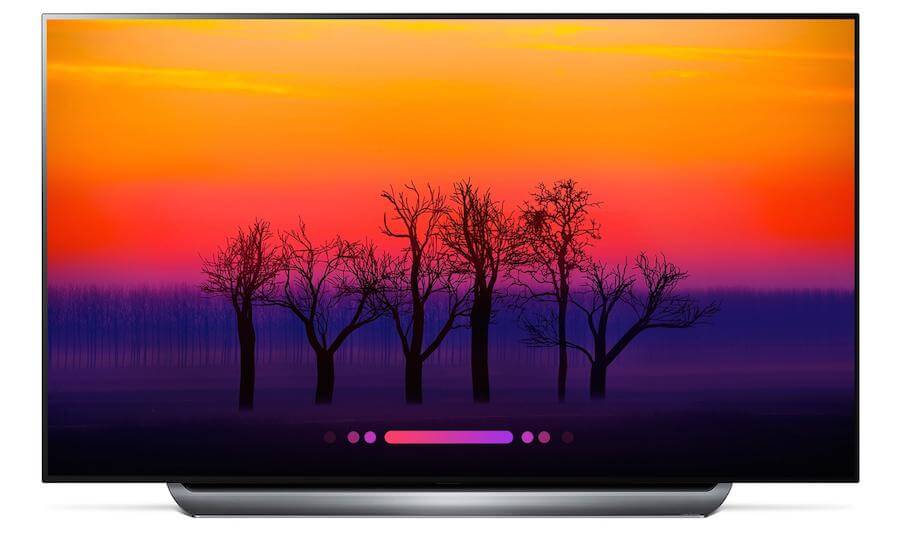 The LG OLED C7 is probably the best OLED TV of 2017 and the consumers favourite OLED model. With a nearly perfectly balanced performance and price ratio. The 2018 C8 OLED will feature all the features that the C7 have. Though the difference is that the C8 will be featuring the new next-gen processor. It will be available in 77, 65, and 55 inches screen size. 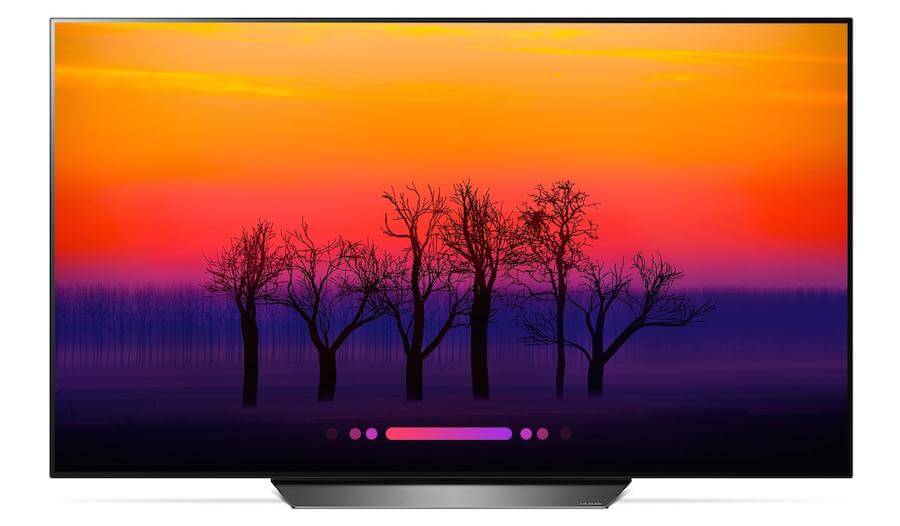 The LG OLED B8 will probably be LG’s entry-level OLED TV for 2018. Unlike the other OLED models of LG for 2018, the B8 will not be coming with LG’s Alpha 9 processor like its peers, instead, the B8 is will be shipped with LG’s “Alpha 7” processor. How each processor will affect the performance of the TV isn’t entirely clear, but according to LG, the pictures won’t look as sharp or as vibrant as they will on the C8, E8 and W8 OLED TVs. Lastly, all 2018 LG OLED TV’s will come with integrated Google Assistant. 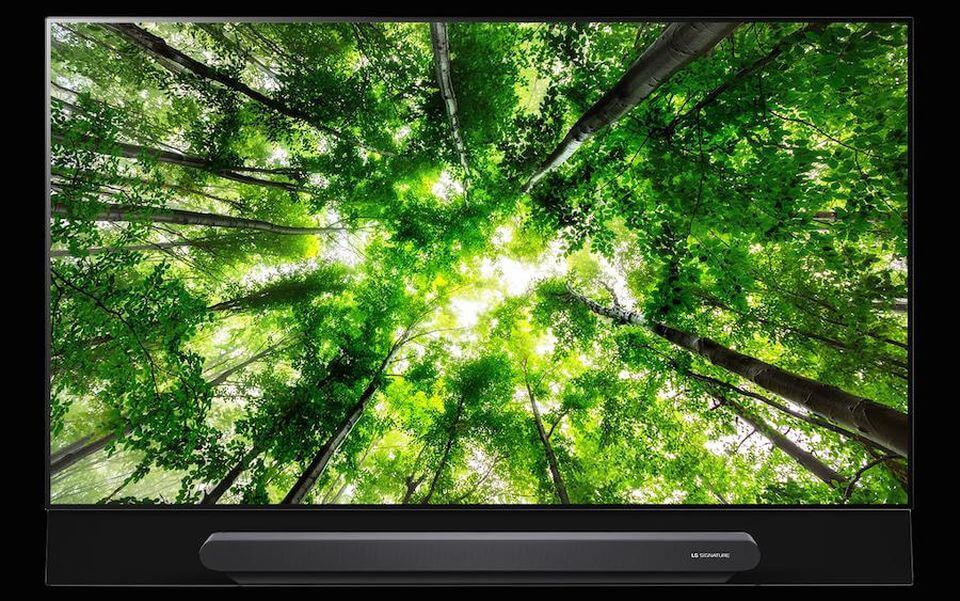 LG hasn’t revealed much about their G8 series though they did mention that the G-series would make an appearance at CES 2018. So better stay tuned as we will update this article once we get more information about the G8.

LG’s super UHD 2018 lineup will be available in 75, 65, and 55 inches screen size. However, not all models will feature LG’s nano cell technology as well as local dimming. 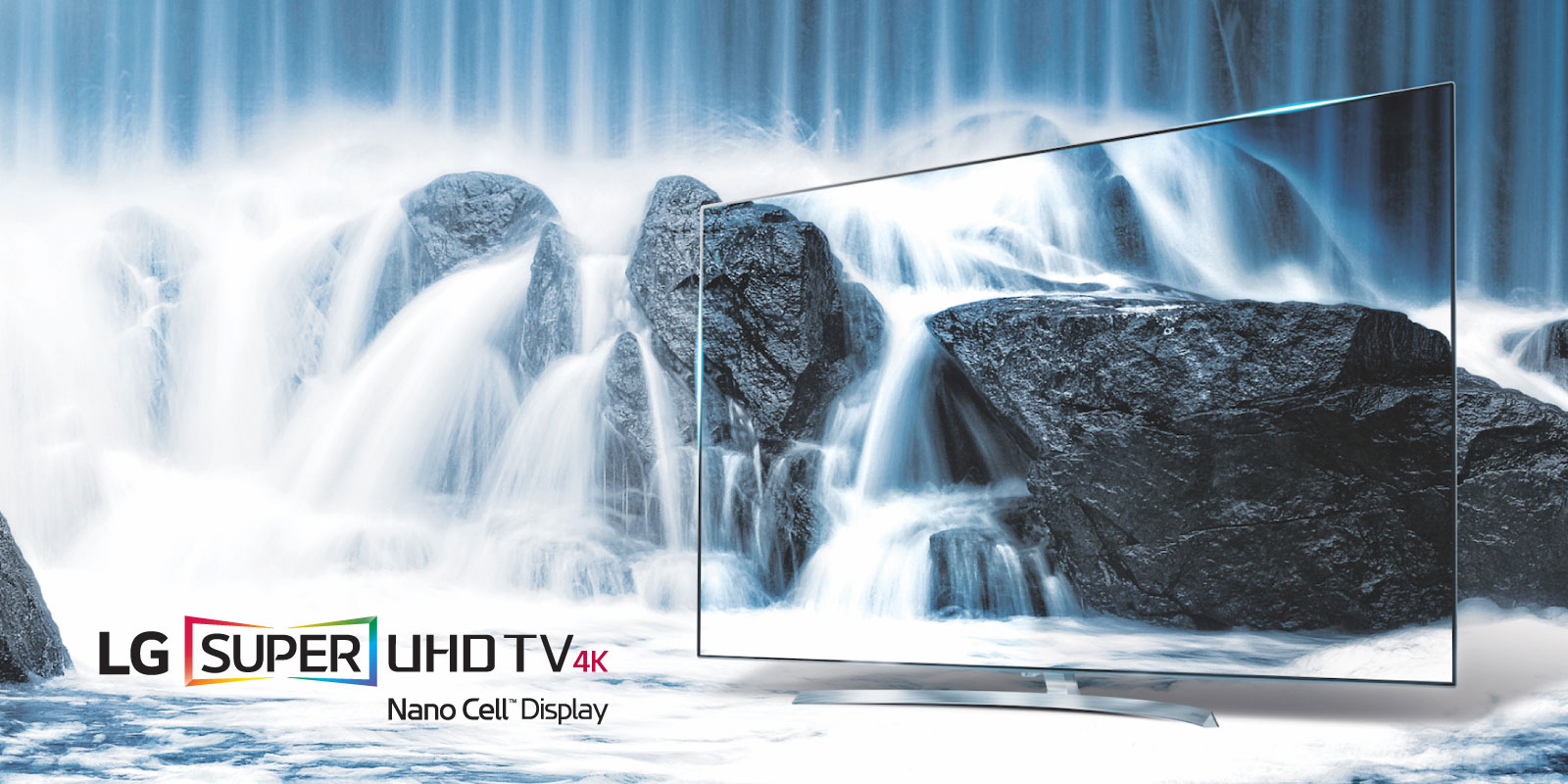 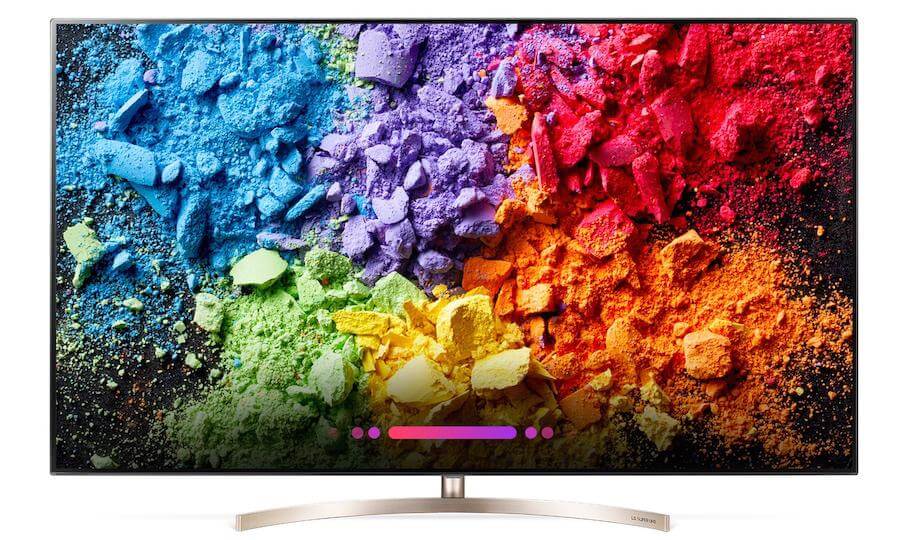 The SK9500 will be LG’s 2018 Super UHD 4K Smart TV Flagship. This series of flagship will feature LG’s Nano Cell display technology with full array local dimming which is a pleasant welcome to any 2018 UHD TV. Furthermore, the SK9500 will be powered by an Alpha 7 processor and support Dolby Atmos.

The SK9000 will feature a full array local dimming, the Alpha 7 processor and Dolby Atmos on-board. The main difference between this and the SK9500 is the lighting control and the nano-cell display.

The SK8000 will be LG’s most affordable model for their 2018 super UHD lineup. Featuring Alpha 7 processor and Dolby Atmos. It will also come with a full array local dimming and nano cell tech. 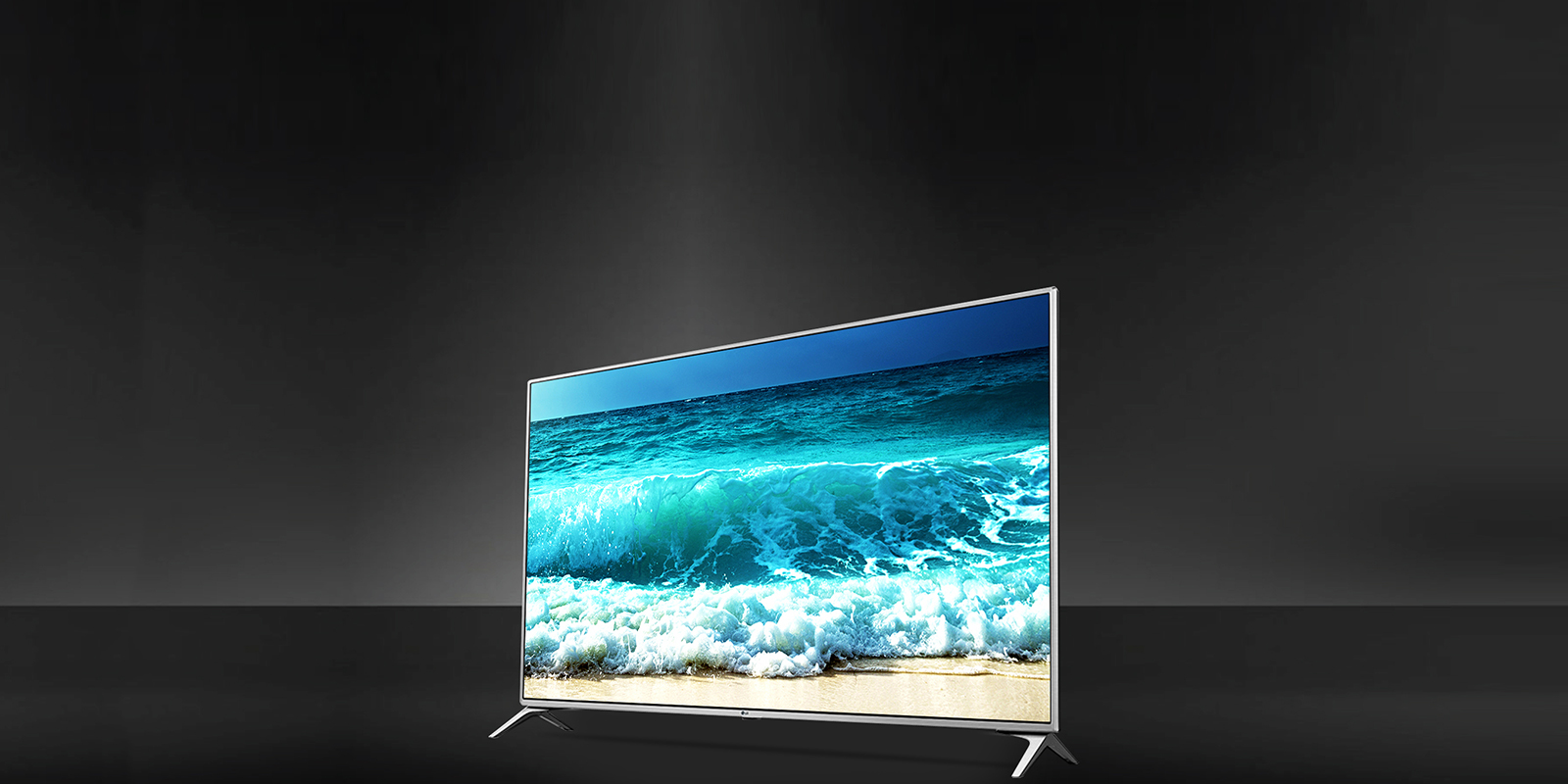 LG will be naming their UHD 4K Smart TV models with UKxxxx model name scheme given that these models will be the successor of LG’s 2017 models with product name code of UJxxxx.

The UK7700 is expected to be the best UHD 4K Smart TV of LG. Despite not featuring OLED or FALD panel, it will still be having display screens offering 4K with Active HDR and Ultra Surround sound.

The LG UK6500/70 is expected to be the most common or average performing UHD Smart TV. This model will probably be the only one that will have a monstrous 86-inch screen size and down to a 43-inch. It will be featuring webOS with Google Assistant, 4K Active HDR, a 4K IPS panel, and a quad-core processor.

The last though not the least 4K TV model of LG’s 2018 line-up is the UK6300. Specification wise, it is very similar to UK6500 in nearly every way. The main difference though is that this model will have a slight variation with its 4K IPS panel. And we expect it to be LG’s cheapest UHD TV for 2018.