The giant Korean brand LG just made their 2018 super UHD 4K flagship TV model available on Amazon, the LG SK9500. It will be available in 65-Inch and in 55-Inch.

The LG SK9500PUA is the successor of the brands 2017 super UHD 4K flagship TV, the LG SJ9500. Unlike the SJ9500, the LG SK9500PUA features a more advanced nano-cell technology called “Nano Cell Colour Pro“. Furthermore, it features an LG α7 processor, it is the same processor used on LG’s B8 OLED TVs.

The LG SK9500PUA is definitely an amazing TV. With the combination of α7 processor, Nano Cell Pro technology and a Full Array LED backlighting, this TV is capable of enhancing 4K HDR content as well as blacks and shadow for a truly cinematic experience. Especially for wide viewing angles. 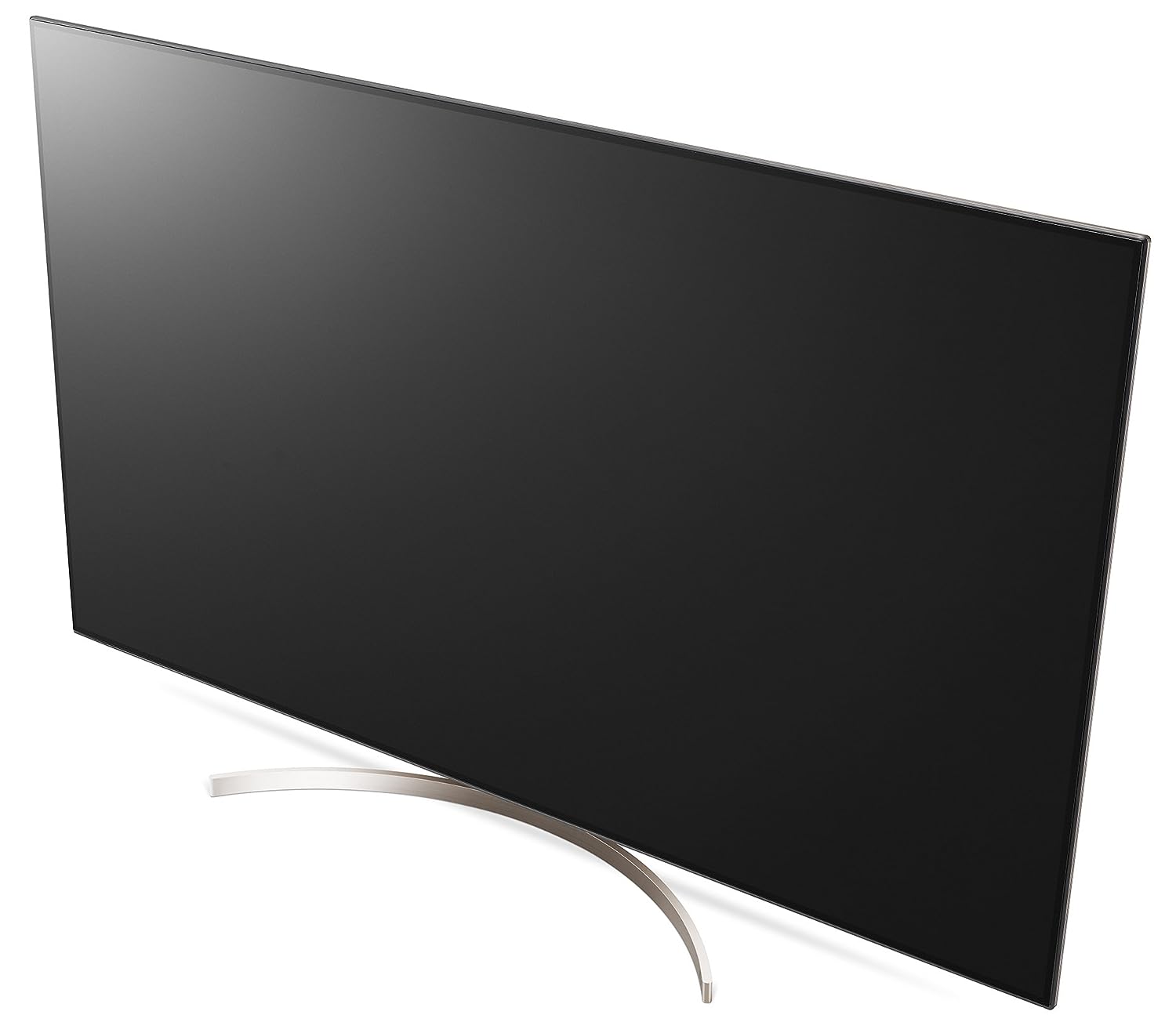 In terms of aesthetics and overall design, the LG SK9500 retained a majority of the design of LG SJ9500. It still features a crescent-shaped stand, an almost bezeless display, and an almost identical dimension. It features an elegant design with a metallic aluminum finish accent. Although on one note, the LG SJ9500 was only available in black with a silverish accent. The LG SK9500PUA is available in black and gold.

One of the noticeable difference between the successor and the predecessor is the overall width of the display. With the LG SK9500, the width of the display is distributed along the back of the panel. With the LG SJ9500, about more than half of the panel is very thin. It is also noticeable that LG changes the design of their stand as can be seen above. The stand is also different. From a triangular crescent shape to a uniform four-sided crescent shape stand. 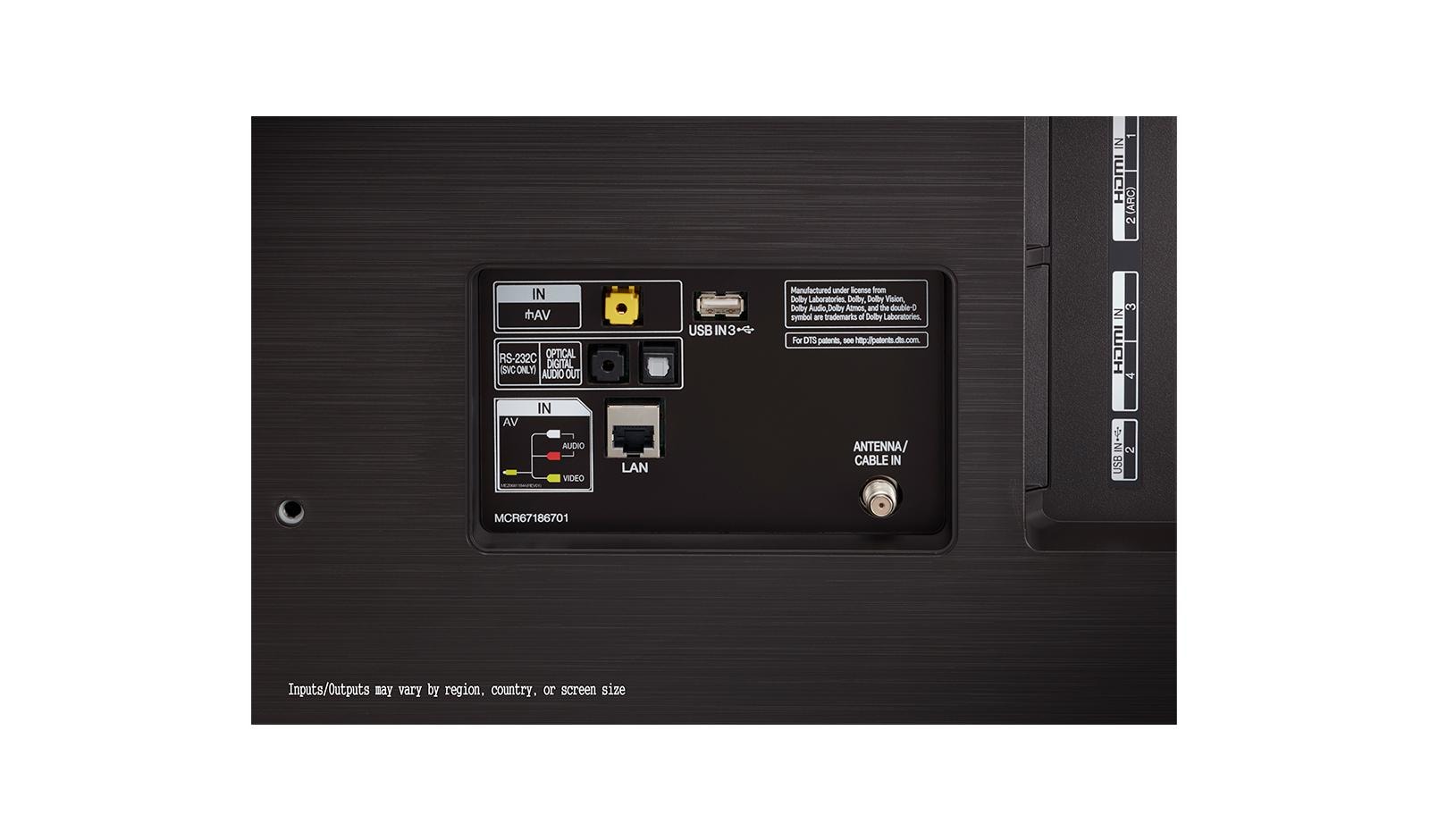 Depending on the country, the I/O could vary but on specs, the LG SK9500 features 4x HDMI 2.0 and 3x USB 2.0. Before, with the LG SJ9500, it has 1x USB3.0 and 2x USB 2.0. We think that manufacturers are slowly removing USB 3.0 on their models. This is probably due to the number or decreasing demand for it. I mean, USB 2.0 is capable of providing 480Mbps of bandwidth with an effective throughput of 35MB/s. Depending on the video encoding, 35MB/s is usually fast enough to provide and feed a TV with 4K content data. 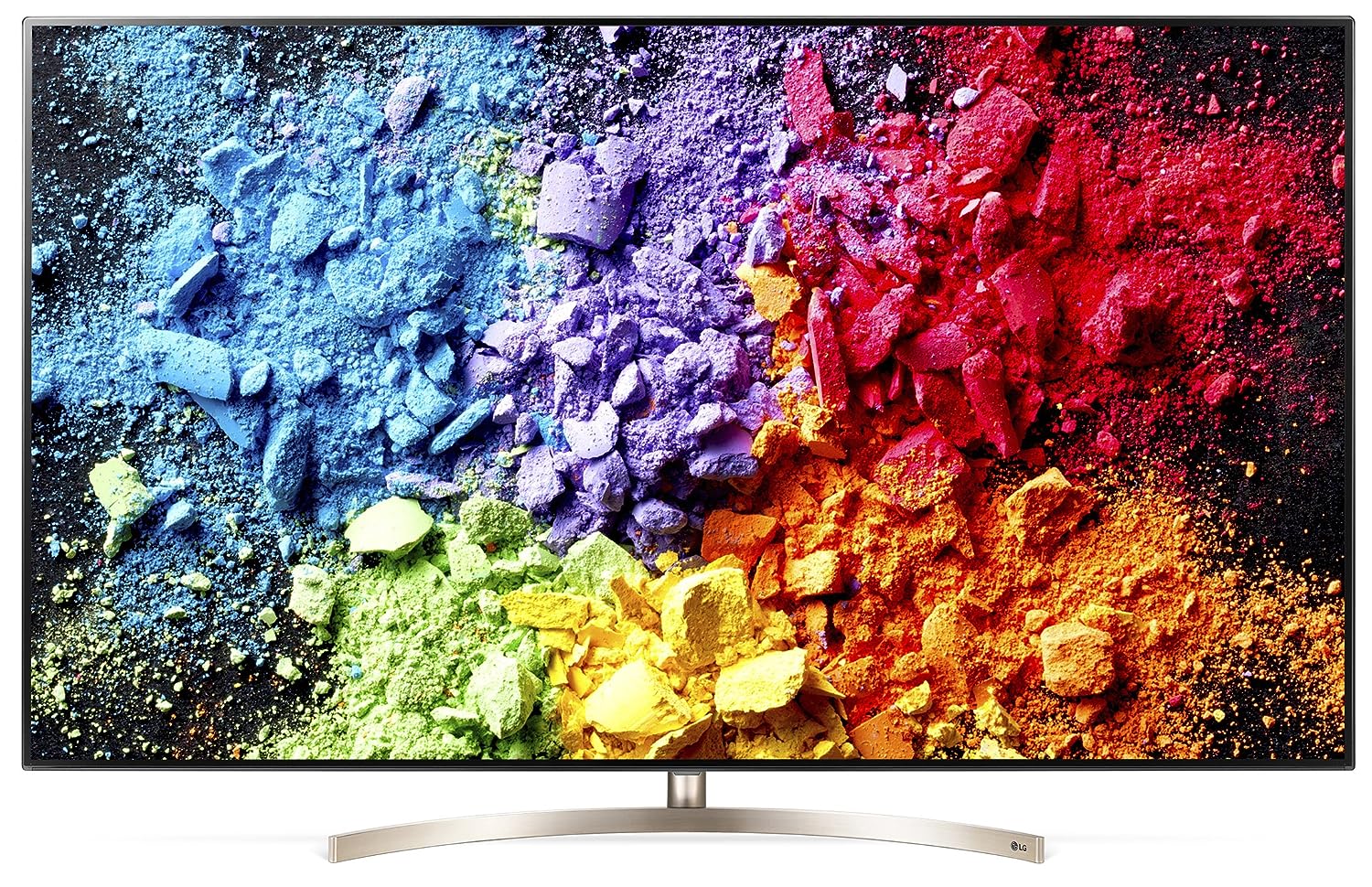 The LG SK9500 has probably one of the best picture quality we have ever seen on a TV so far from a 2018 TV model. The combination of the brands α7 Intelligent Processor, that’s designed to provide lifelike images with enhanced depth, sharpness, and colour accuracy, Ultra HD 4K resolution, Nano Cell™ Colour Pro Display that dramatically improves the colour reproduction of the display, advanced HDR technology, and a true 10 bit panel display enables this TV to produce pictures with high depth, vivid colours, and lifelike details. Totally raising the standard of 4K content.

The brand definitely addressed what the predecessor has been lacking. The LG SJ9500 was suffering from a poor black uniformity and from a mediocre contrast ratio. With the LG SK9500, blacks are far better and consistent uniform through all out the display. Its contrast may not have much of an improvement but that is to be expected from an IPS panel. Actually, it is fairly decent for an IPS panel which tends to have low contrast ratio. So it’s best to place this TV in a room with moderate lighting so that the effect of a low contrast ratio is less noticeable.

What is LG ThinQ? actually, one of the main features of LG’s 2018 TV lineup is the inclusion of their smart platform called LG ThinQ. This platform or system is basically a way for the brand to group together premium appliances and consumer electronics under the one system. Furthermore, products that carry this branding features artificially intelligent. This gives the brand a chance to understand and learn their customer’s habits and usage. By doing so, the brand will have a better understanding of their customers and give better product service.

The SK9500 features a built-in 2.2 Channel 40W (WF: 20W) speakers. It’s quite a powerful speakers in full honesty but like most TVs, the sound quality is about average. The audio loudness and clarity are there but it can’t match the experience provided by a soundbar system. So to speak, it gets the job done but for you to enjoy the audio, it’s best to place the TV in a small room.

In terms of gaming, the LG SK9500 offers an outstanding low input lag. At 15ms on game mode, it definitely is low enough to please any gamer. Furthermore, in ‘PC’ mode, all picture modes have low input lag too ranging from 14ms to 17ms. In terms of chroma subsampling, this TV is capable of 4:4:4 colour but in PC mode only. Overall, this TV offers one of the best input lag to ease the worries of gamers and that’s coming from a TV. Its performance is actually little better than most Samsung TVs and LG OLEDs. Overall, the LG SK9500 4K HDR Smart AI SUPER UHD TV w/ ThinQ is a great TV. It has an amazing picture quality in most environments and use-cases. Unfortunately, its contrast can be an issue. Though it’s not noticeable and casual users as well as owners will rarely make a fuss out of it given that it doesn’t greatly affect the picture quality. That’s probably thanks to the α7 processor, nano cell display, and advanced HDR technology, the display is able to cope up with the lack of contrast performance.