The Sony Bravia AF8 OLED features all the best picture enhancing techniques and technology of Sony such as — TRILUMINOS Display, 4K HDR Processor X1™ Extreme, and their Object-Based HDR Mapping. However, it seems that despite being the latest offering, the picture quality of the Sony AF8 is not on par or less inferior than the brands 1-year-old OLED TV, the Sony A1.

Is the Sony AF8 worth it if the price difference compared to the flagship model? Let’s find out. 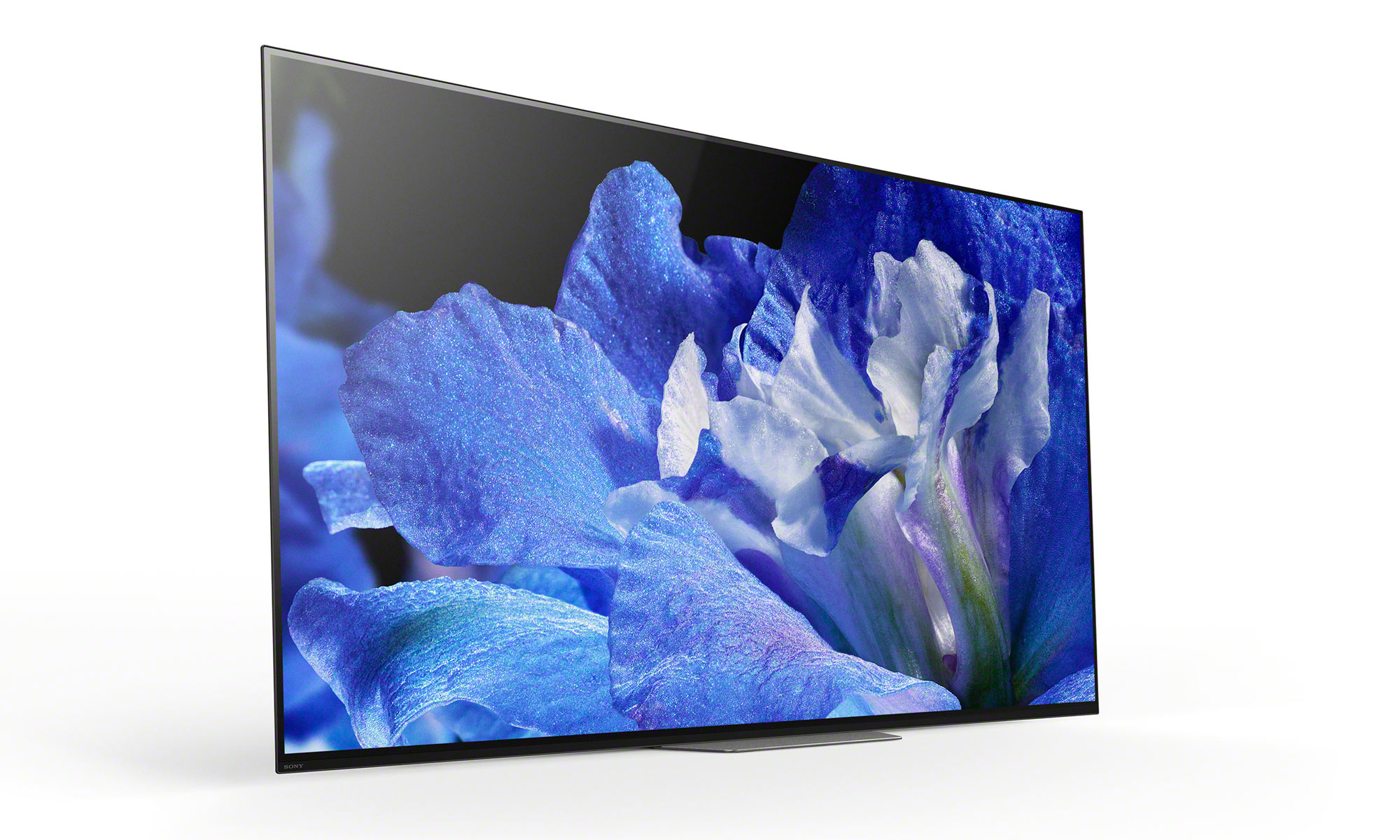 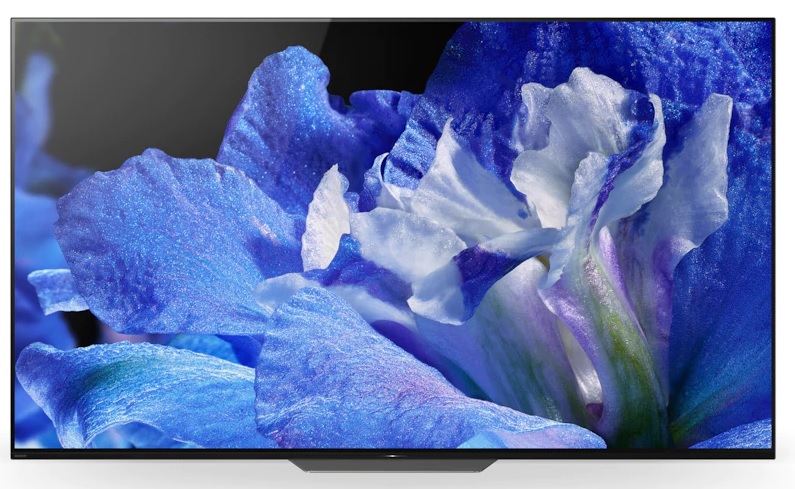 In terms of design, the Sony Bravia AF8 OLED exhibits a simplistic and minimalistic design. Like the Sony A1, this TV features a speakerless front display design and almost a bezeless frame design. All of its built-in speakers are strategically placed at the back panel. 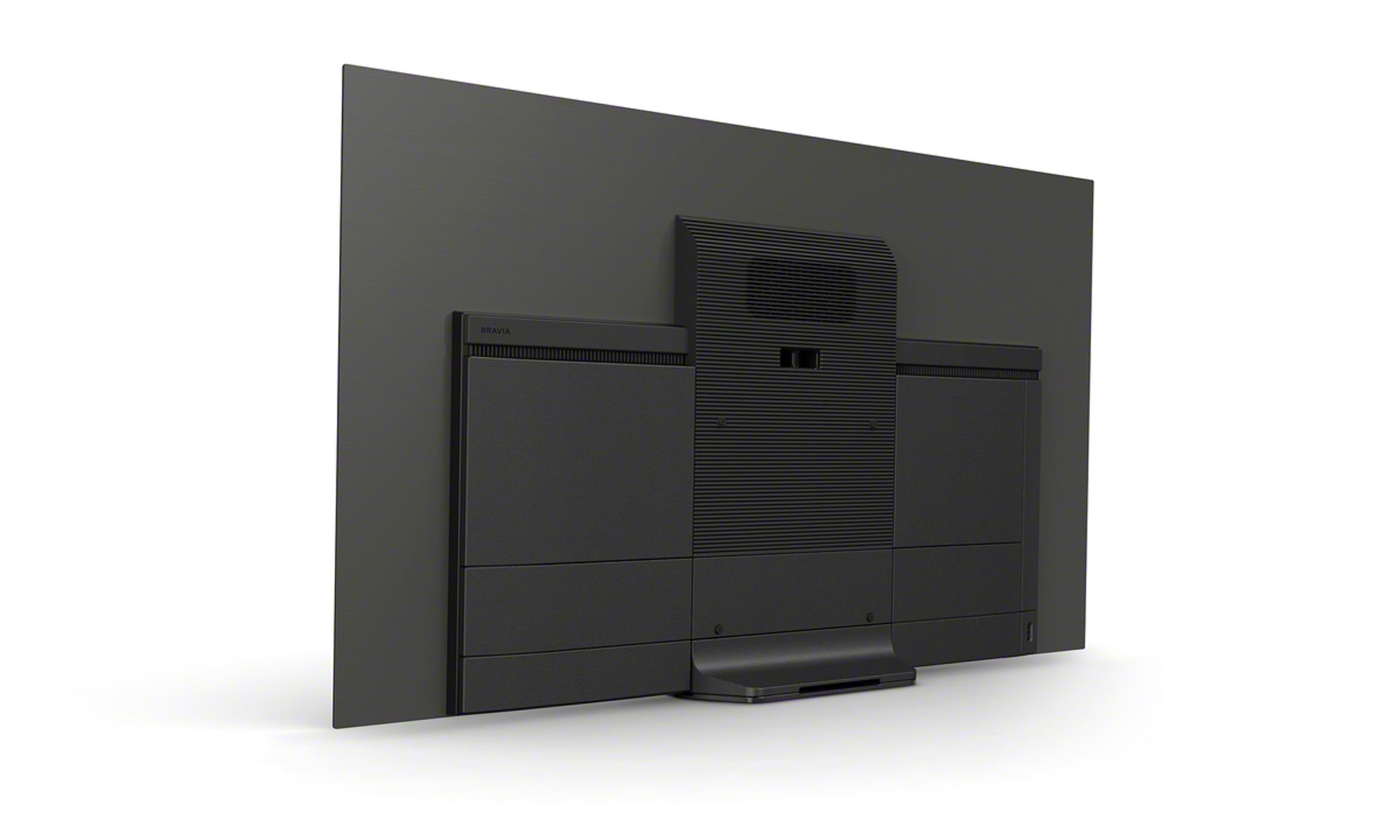 Further details will be discussed about the speakers at the “Audio” section of this review. Now looking at the back panel, it features all the standard input/output ports with 3x USB ports and 4x HDMI 2.0 ports. This TV also sports a cable organizer.

This TV can also be wall mounted easily if you so do ever prefer it to. With a thickness of 5.5cm, this TV vibrantly gives off a premium feel and elegant looks no matter where you place it too. 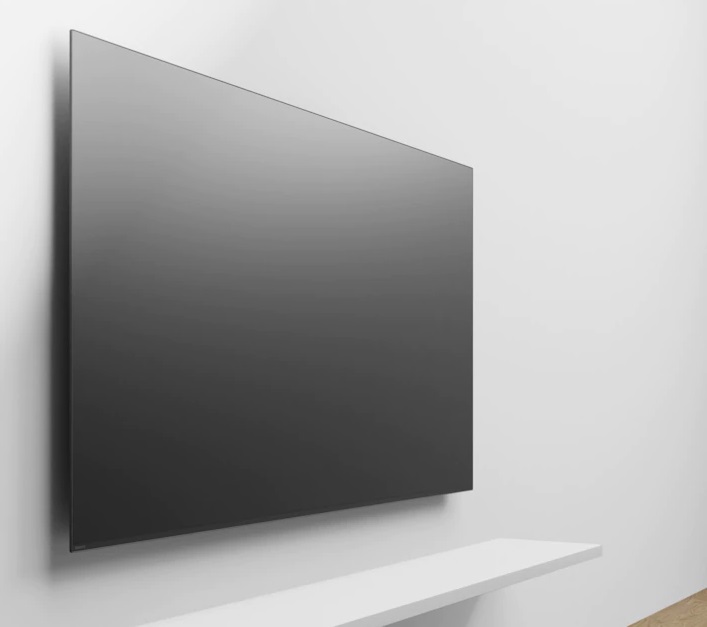 Lastly, the most noticeable design of this TV is its stand. The first OLED of Sony was designed rather mischievous. With a slant style design that slants the display when viewed. With the AF8, Sony equipped it with a very thin stand. 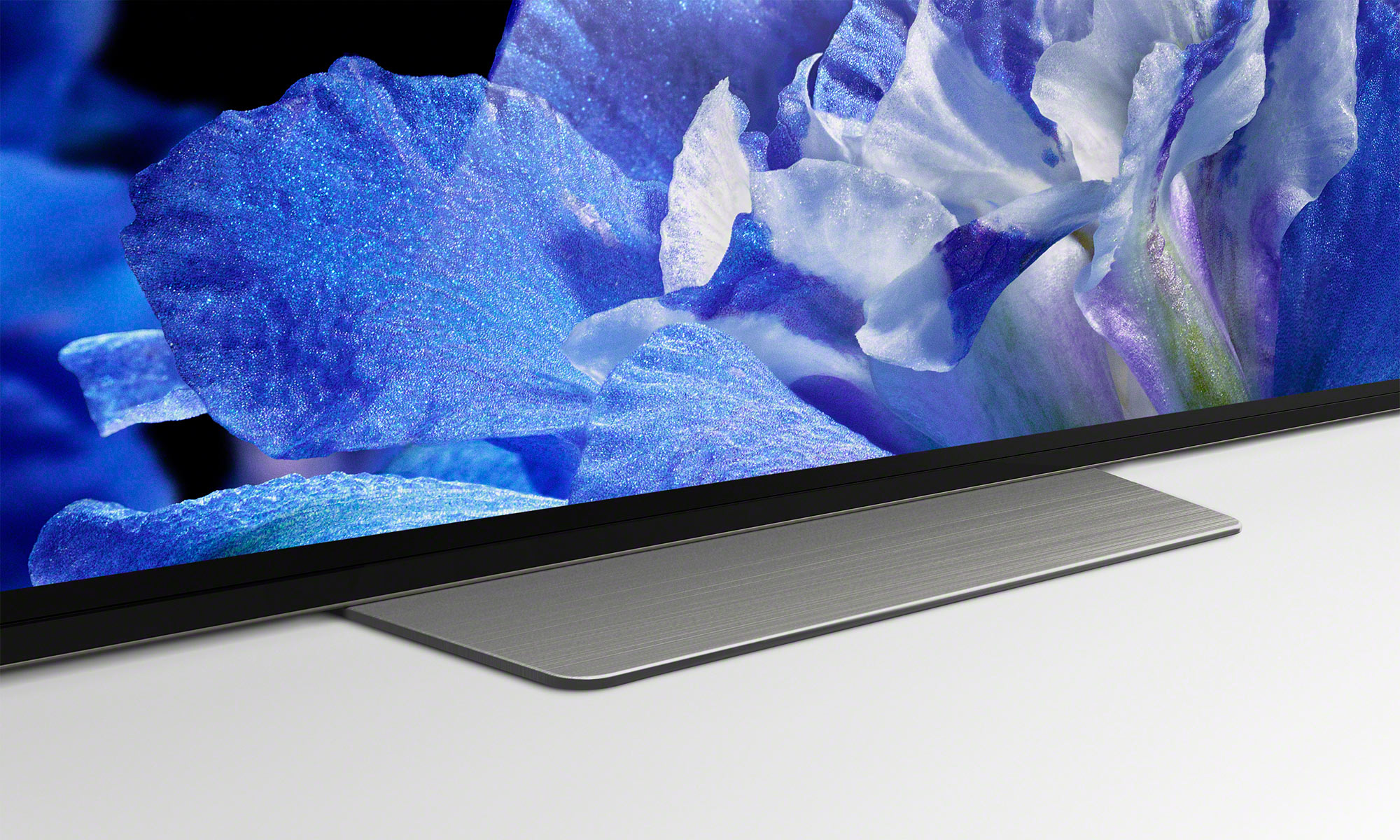 The stand is so thin, it tends to make the TV look like it was placed on any furniture you put it to look flat. Like the whole display panel frame was placed on the furniture.

Since the Sony AF8 uses an OLED display, the blacks are deep deep black. OLED displays have infinite contrast ratio and perfect black uniformity. This then results in a superb dark room performance. Furthermore, the latest OLED displays have a 4-pixel structure called WRGB. Unlike the traditional RGB structure, WRGB provides high contrast resulting to dark and bright scenes being displayed excellently.

When set in a bright room, its performance can be a bit of a concern. The Sony Bravia AF8 OLED has a wide viewing angle that makes it a perfect fit for those that intend to place this TV in a wide room. Picture quality remains good even for those sitting far off center.

For sports fans, dirty screen effect won’t be a problem since its grey uniformity is excellent. Furthermore, HDR on this Sony TV is also excellent – both for movies or for video games. With a high contrast, wide colour gamut and high peak brightness, HDR content really stand out. The pictures produced have vivid colours and are really bright without losing any details. Its colour accuracy and image details are superb. That’s probably thanks to the TRILUMINOS display with Live Colour Technology.

We decided to play and watch Planet Earth II 4K HDR Blu-Ray with it. We were greeted with superb picture quality. Details were there and the colours are solid and punchy. Fast moving scenes was not an issue as well. With few and barely noticeable blurs and judders. Other than that, the picture quality was superb. It gives you that deep immersive viewing experience. However, we find that there’s something about its picture quality that we can’t quite pinpoint. It’s only noticeable when you compare this TV to Sony A1 OLED TV side by side. The Sony A1 still produces a much better picture quality by a degree.

Other than that, anyone can expect super performance in picture quality with this TV. Though we have to say, its price is quite steep for us. With the Sony A1 being sold for a few hundred pounds, we think that it’s better to get the Sony A1 than this TV.

As mentioned above, the Sony Bravia AF8 OLED has its built-in speakers positioned at the back panel. So instead of conventional speakers, this TV uses the same Acoustic Surface technology found on the Sony A1 OLED TV.

This TV features two actuators that cause a vibration on the panel directly. Effectively causing the whole panel to act as the speaker driver. Delivering better sound with a built-in subwoofer in the back panel. That’s a total of 50W of power. However, though barely noticeable or distinguishable, the sound quality of the Sony AF8 is only second to Sony A1 which has a more authoritative, punch, weighty audio. This is because instead of a large subwoofer, the Sony AF8 comes with two smaller drivers.

On the other hand, it is worth pointing out that both televisions are still no match to a capable soundbar. The Sony HT-CT290 300 W Soundbar is a strong option for this TV. It has a powerful 300 W total output, a slim soundbar design, and 2-way versatile subwoofer, that lets you experience a truly cinematic sound revolving around you.

With a 120 Hz native refresh rate and an input lag of 21 ms, the Sony AF8 makes one hell of a fine gaming monitor for any types of a gaming system. Gaming consoles such as PlayStation 4 Pro and Xbox One S will be a perfect match for this TV. Enjoy immersive video gaming with HDR. PC gamers will also love this TV. Letting them enjoy 120 frames per second gaming without much hussle from a slow input lag. Though as long as their gaming systems are capable enough to do so. 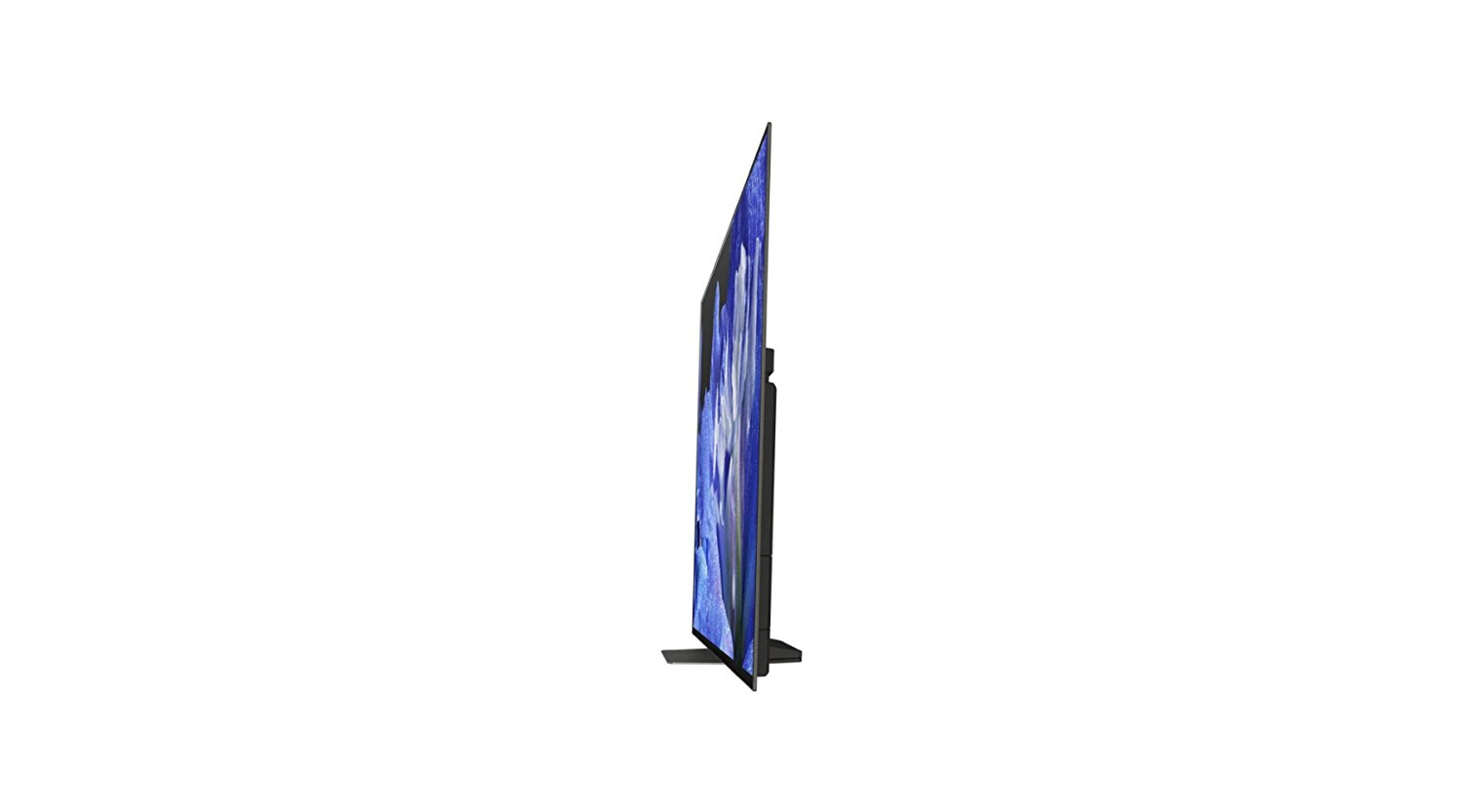 The Sony Bravia AF8 OLED is a very good television indeed in terms of its overall performance and quality. Though its price can be a little something to think about. At the SRP comparison of AF8 and A1, the lower price tag of AF8 doesn’t quite compensate for the difference in the picture and up to a lesser extent, sound quality.

Of course, the Sony Bravia AF8 OLED has just been released, whereas the Sony Bravia A1 OLED is about one year old or so. So we are comparing a suggested retail price against one that’s been heavily discounted through its course. But as it stands, the A1 can buy in a lower price more than the AF8, and we think that extra £ of A1 is well worth paying for if you want to get the better one. Although truth be told, if the price of Sony AF8 gets discounted and the gap between the two TVs widen, we might switch our recommendation.